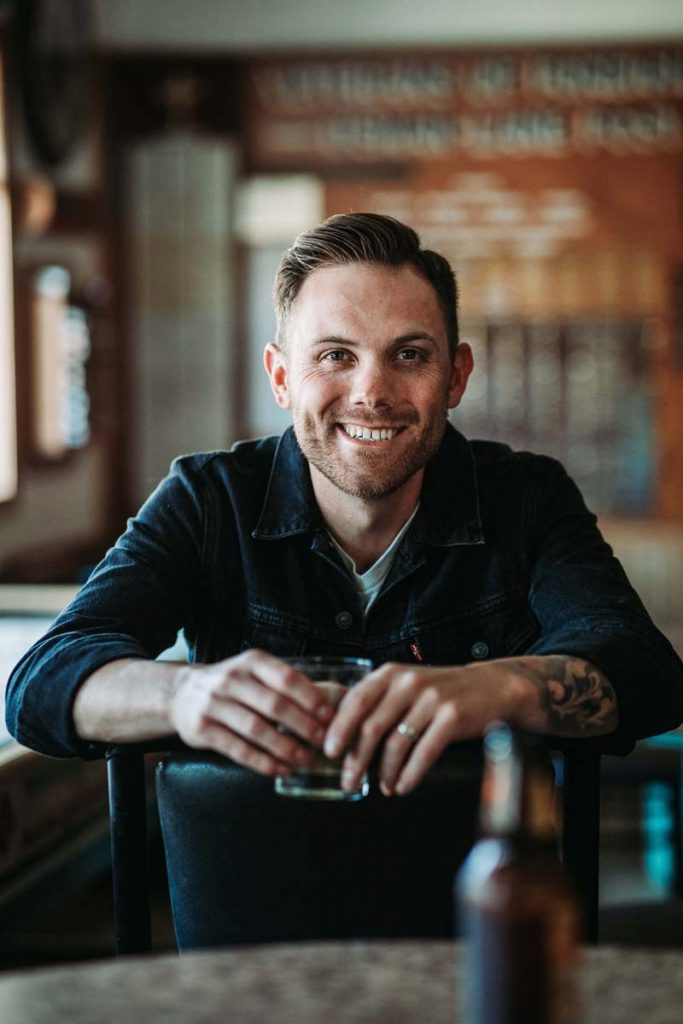 (Fargo, ND) –  HomeSlice Artist Management Vice President, Shane Funk, announced this morning that the firm has signed former 32 Below frontman, Bryan Loweree, to its roster as he embarks on a solo country music career.   Loweree is currently finishing up the summer tour with 32 Below and his last date with the band will be at The Windbreak in Fargo on September 14.

Loweree, a California and North Dakota native, has been performing in the upper Midwest for the last seven years, primarily with the well-known regional success, 32 Below.  “I love that band and will always hold it high in my heart,” he said, “but now is the time for me to really explore my soul as a singer – songwriter and forge my own path. The team at HomeSlice has my back.  I find comfort in knowing they believe in what I have to offer.  I couldn’t be more thrilled to start my solo career with my friends at HomeSlice.”

“I’ve been here eighteen years and I think I can count on one hand the number of artists we have pursued,” Shane Funk commented, “We believe in super-serving a highly select number of clients.  But when someone like Bryan Loweree decides he is going to launch a solo career, that makes you pay attention.”   Funk said this project has the luxury of focusing on original music.  “It sounds funny, but often times in the day-to-day of this business, booking shows, playing shows, going to meetings, doing press, a person lets the music almost become the junior partner.  That isn’t going to be the case, here.  Bryan has songs, is writing songs and will be writing with others.  Loweree quickly agreed, “I’m going to record music I believe in and then take my guitar and go play it for anyone who will listen,” he said. “I think I have something to say that people will relate to.”

HomeSlice’s Andy Young, himself the lead guitarist for Judd Hoos, will play a major role in working with Bryan.  “The guy has a presence about him and demands a crowd.  He’s the life of any party, on or off the stage,” said Young, “but it will be his talent and drive that sets him apart.  We’re really looking forward to this.”

The 33-year-old Loweree started his musical career playing drums at the age of 10.  Since then he has performed in bars, amphitheaters, stadiums and has charted original music on iTunes.  Along the way he was also the kicker at Jamestown College and has recently become a pilot.   “Knowing I have the 100% support of my wife, Brittney, gave me the courage to fly airplanes and chase my dreams in every way.  I owe everything to her.” Loweree said.